In 2017 A new World Record was confirmed for the best fuel economy in a petrol-powered car by the Honda Jazz.

The Honda Jazz was supplied by Fish Brothers Honda in Swindon it then managed to achieve 95mpg.

The challenge saw the team take on an 844-mile journey from Land’s End to John O’Groats on a single tank of fuel this is a world first for any petrol car.

The journey took place over the weekend of June 3-4 2017, it was then confirmed that the team beat the previous best of 71mpg with achieving 95mpg.

AA patrol and John Snowling provided the official adjudication and support for the record attempt and recovery patrol Tony Doran, escorted the Honda at an average speed of 40mph, this was providing vital protection on the road.

AA van telematics were used to track the journey, this included the route, distance, time taken and average speed. This data was as key evidence in verifying the world record. 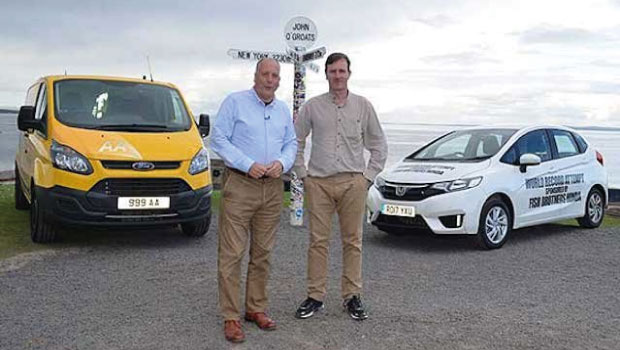 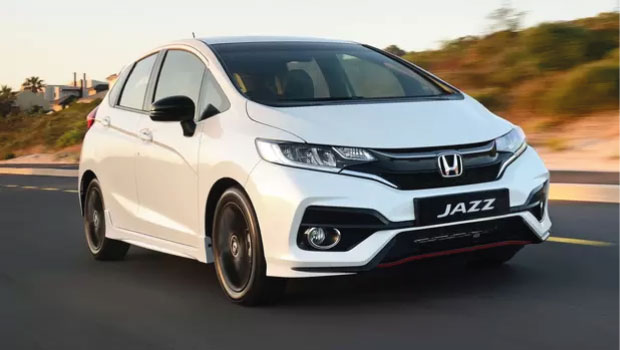 “They had a few precarious moments along the way, particularly when the car warned that there was no fuel left with 60 miles remaining, but the brave little Jazz carried on. As the end got closer, it must have been running on fresh air and adrenaline. This achievement demonstrates how fuel efficient the Jazz really is.”

Paul Clifton added: “The objective was to demonstrate that while diesel is being demonised by the government, leading to a fall in sales of new diesel cars, it is possible to show that a mid-size petrol engine, with its lower emissions, can be a match for more efficient diesel.

“The challenge was no easy task and it’s a huge accomplishment to achieve the new world record, with thanks to Fish Brothers Honda for supplying the car and John and Tony from the AA for their endless enthusiasm which helped push us to the finish.”

Snowling concluded: “The journey took 26 hours and with only short stops for refreshments and to change drivers. The tension turned into a massive buzz as it seemed that we really would reach John O’Groats without having to fill up.”

We use cookies on our website to give you the most relevant experience by remembering your preferences and repeat visits. By clicking “Accept”, you consent to the use of ALL the cookies.
Cookie PolicyCookie settingsACCEPT
Manage consent

This website uses cookies to improve your experience while you navigate through the website. Out of these, the cookies that are categorized as necessary are stored on your browser as they are essential for the working of basic functionalities of the website. We also use third-party cookies that help us analyze and understand how you use this website. These cookies will be stored in your browser only with your consent. You also have the option to opt-out of these cookies. But opting out of some of these cookies may affect your browsing experience.
Necessary Always Enabled
Necessary cookies are absolutely essential for the website to function properly. This category only includes cookies that ensures basic functionalities and security features of the website. These cookies do not store any personal information.
Non-necessary
Any cookies that may not be particularly necessary for the website to function and is used specifically to collect user personal data via analytics, ads, other embedded contents are termed as non-necessary cookies. It is mandatory to procure user consent prior to running these cookies on your website.
SAVE & ACCEPT